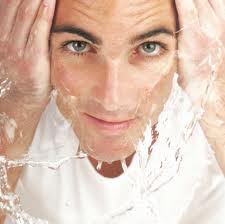 According to a 2011 SPA Future Thinking survey, beauty regimes are becoming commonplace for men. More males are using products and treatments to maintain a positive appearance. Research director Will Ullstein commented that this bodes well for companies marketing beauty products for men. The survey results revealed latent demand and unique marketing opportunities in the UK.

A thousand UK men age 18 to 64 participated in the survey. Fifty-three percent said that male grooming is expected. More than one-third stated that a beauty routine would benefit their love lives and one-quarter believe it would improve their careers. Men seem to want to shop and they take pride in how they look. Beauty product manufacturers and retailers should consider this and meet the needs of the male population.

Some brands of male beauty products have achieved enviable branding. However, the survey revealed that they were not the most-used items. The products that were used the most had excellent advertising campaigns and were very masculine-oriented. Most survey respondents said they would never use a female-associated brand, though they were aware of the most popular brands. Manufacturers of male beauty products should avoid feminine product names, packaging, and scents because these turn away the male population.

Most respondents said they used shampoo, shower gel, body spray, and cologne, more than two-thirds claiming regular use. Half claimed to have used hand cream and 42 percent had tried moisturizer. Over 40 percent used a skin care product and more than one-quarter of that group admitted to having a skin care routine. Younger men spent more on male beauty products than older males and gay men spent more than straight men.

In terms of spending patterns, the level of spending seems to be steady in recent years. Only 24 percent of respondents said they spent more on beauty products than two years earlier. However, this has not deterred some manufacturers from expanding their male product lines in response to needs and desires revealed by male shopping behavior. Manufacturers and retailers should consider these factors when marketing beauty products to UK men.