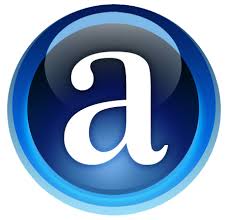 According to the most recent quarterly ecommerce survey released by developer Tom Robertshaw, more companies in the Alexa top one million are using the Magento ecommerce platform. Alexa, a company owned by Amazon, developed a list of the top one million websites. The survey analyzed the home page HTML document against a library that included more than 225 platform signatures and found that 26 percent were Magento websites.

This is an impressive accomplishment for an ecommerce platform and software developed just over five years ago. Massive online auction site eBay purchased one hundred percent of Magento in June 2011 and as of February 2012, the Magento software platform had been downloaded more than four million times. Online retailers ranging from small mom and pops to multinational operations including Samsung have flocked to this ecommerce system.

As of the February 2013 edition of the quarterly ecommerce survey conducted by Tom Robertshaw, Magento became the number one ecommerce platform for the top one million Alexa sites for the third consecutive year. The company increased its market share by 30 percent within just one year. When compared to the number of top one million Alexa sites  using the VirtueMart and PrestaShop, the platforms that came in second and third place, respectively, triple the number of sites use Magento.

The February 2013 survey also studied the top 100,000 busiest websites and discovered that 28 percent of the store sites on this list use Magento. This is more than double the number of stores that use the platform provided by its closest competitor. According to founder Roy Rubin, customers are the reason that Magento continues to grow. When they succeed so does the ecommerce platform they use.

Companies in almost any industry can use the Magento system to create ecommerce websites. Setup is fast and easy and third-party consulting firms such as Illumination Consulting are qualified to assist with the process. A skin care or beauty product provider can turn its website into a selling tool in a short time with a Magento platform and software.

Magento websites are user and administrator-friendly and cost little to setup and operate. Even a small skin care company can afford the platform, enabling it to target a global audience. If you are considering ecommerce platforms or want to change ecommerce software providers, contact the experts at Illumination Consulting to learn more about how Magento can benefit your business.