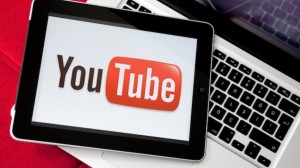 Some products are best advertised in brochures or highlighted on websites and the benefits of others can only be captured through video advertisements. Video is an effective channel for marketing beauty products because it allows retailers to illustrate the benefits of these treatments. Online video advertisements may be the best promotions because according to new research, they have become extremely effective.

Digital video viewing is helping to expand the online video advertising market. Video views by Internet users increased by an estimated 23 percent year over year according to a 2012 report from FreeWheel, a video monetization firm. Increased demand for online video is causing many advertising executives to respond. eMarketer reports that digital video advertisement spending is expected to increase by more than 40 percent this year, reaching $4.1 billion.

Mobile and online video are predicted to comprise the lion’s share of the annual advertising growth this year, as reflected by the BrightRoll study. A decrease in both television and direct response advertisements is expected through the end of the year. Beauty product companies and other advertisement buyers are presented with an increasing number of choices for online video advertising. They must think carefully about which sites are best for their video ads.

In addition, advertisers must measure the effectiveness of these ads to calculate return on investment. According to the BrightRoll study, target rating points or gross rating points are used by most advertisers. Coming in a second is the percentage of impressions on the target audience. The percent of unique viewers in the target audience is the third most popular measurement.

Retailers who are not already marketing beauty products through online videos should consider doing so. If they require assistance, the professionals at Illumination Consulting can provide it. These experts have years of industry and marketing experience and know what it takes to make a beauty products company successful in the online world.