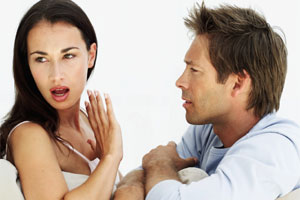 Social media is a low-cost online marketing channel that has proven effective for many skin care businesses. Before advertising skin care products through Twitter, Facebook, and other social media platforms, marketers should understand how each gender uses social media. Male and female behavior differs and skin care advertisers should tailor their presence and messages accordingly.

Women are responsible for the majority of sharing on Facebook, representing 62 percent of shares on this platform. LinkedIn has slightly more male than female members and men also spend more of their time on YouTube every week, watching videos for one hour for every 35 minutes of use by females. However, the ladies dominate both Twitter and Pinterest, the image-sharing social platform that has become the latest craze.

Facebook is used by 67 percent of online adults and women have eight percent more friends than men do. Fifteen percent of online adults, 70 percent of whom are women, have joined Pinterest. DIY, recipe, and tutorial pins have 42 percent higher click-through rates than other types of pins. Despite popular belief to the contrary, Pinterest drives more referral traffic than YouTube, LinkedIn, and Google+ combined.

Facebook and YouTube are two social platforms that are becoming more marketing-friendly by offering paid advertising options. A skin care business can purchase advertising space on Facebook or create a paid subscription channel on YouTube to promote its products. Social media users appreciate special deals that these and other retailers provide in exchange for becoming a fan of a social media page or liking an advertised product.

There are nearly 130 million social media users in the United States, which is greater than the population of Japan. Overall, 71 percent of women use social media compared to 62 percent of men. This is good news for skin care companies, many of which cater to the female gender. By advertising skin care products on the social media platforms frequented by their target audiences, skin care businesses can gain additional market share without increasing their marketing budgets.