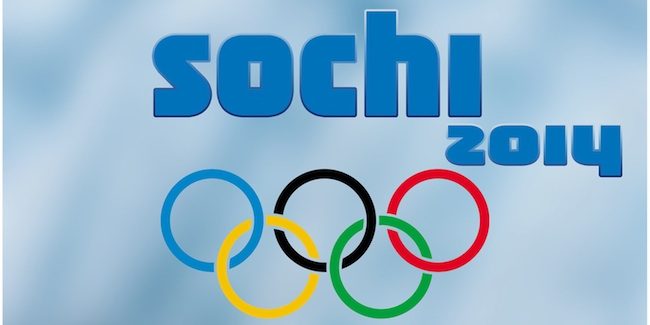 The Sochi Winter Olympics started with an eye catching opening ceremony last Friday the 7th of February. A very elaborate opening ceremony for what has been already said is the most expensive Olympics games in history. It is estimated to cost in the excess of $50 billion and far exceeds the Beijing Olympics.

This increase in cost is estimated to most likely create a lasting effect on the region Krasnodar and the city Sochi. Even though this investment is not expected to increase Russia’s economy in any way, but it certainly will benefit the city and region, far after the Olympics are done.

Benefits of Winter Olympics on Sochi and Federation of Russia

The city of Sochi benefits from the improved infrastructure and services that may attract business to the region in the future. This has worked well for the previous host cities such as Atlanta in the U.S. and Vancouver, Canada.

By 2016, main sporting events will be hosted in China, South Africa, Ukraine, Brazil, and Russia with another World Cup in 2018. While the EBRD (European Bank for Reconstruction and Development) says that countries do not benefit economically from hosting such events, infrastructure and employment opportunities are created well after the games have finished.

Using Sochi as an example, over 235 projects have been done in preparation of the Winter Olympics. 37 of these were road projects. Also, many of the accommodations will be turned into affordable housing after the Olympics in Sochi.

Olympics also create many jobs, even though many of them are not permanent, they do support a vast amount of people during the events.

From a business standpoint, a country does benefit from these major events as well as the regions they are held in. Some benefits do last long after these events have ended such as the infrastructure improvements. In many cases, the visibility gained can benefit future business for those regions.

Localized businesses can benefit greatly during major events. Businesses such as accommodations (hotels, motels, private rentals) certainly see a steep increase in business. In addition, businesses such as restaurants, coffee shops, convenient stores, grocery stores, taxis, limo services, and many other types of business can drastically see an increase in business during major events such as the Sochi Olympics.

During the events many organizations and business can benefit from the added attention the region is getting, people traveling, tourists visiting, event coordinators working, and so on.  There are a vast amount of companies, business, and people that can take advantage of the events to increase business and profits.

After major events have completed and are done, some of these temporary increases in business certainly will fade out. Some other benefits can remain for those regions. One example is of course the improved infrastructure and the attention the region got. This may attract future business that local companies could harness and benefit from.

Overall, the Olympics such as the Sochi Winter Olympics and other major events certainly improve local regions and can add a vast amount of benefits to local businesses, resulting in an increase in sales and profits. 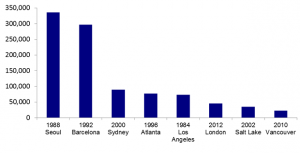 Which Olympics have created the most jobs.