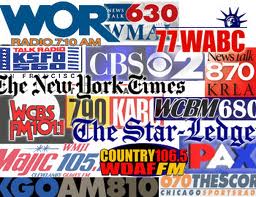 If you are a new skin care retailer, you may not be familiar with basic business terms. A media buy is an important concept because it relates directly to advertising skin care products. It refers to purchasing advertising space within a media venue. Examples include printed ads in magazines and newspapers, website banner ads, and advertising spots on television.

When considering media buys, think about what you are selling, define your target audience, and determine the most efficient and effective way to reach these individuals. Many large companies have large advertising budgets so they can afford to advertise on television, which is typically the most expensive venue. These companies identify television shows that appeal to the demographic they are trying to target, develop television commercials that the demographic will find appealing, and purchase advertising time.

A small business typically makes media buys in area magazines, local newspapers, and on local television channels. Newspapers ads can be expensive so many small skin care companies are turning their focus online. Electronic media buys include purchasing text, banner, and tower advertisements on frequently-visited websites. These are usually priced by appearances or thousands of impressions and several companies can use the same space because advertisements are rotated.

Local cable networks insert local ads into network programming, which reach only viewers residing in the targeted geographic area. The cost of local cable time is based on the rating of the television show, time of day, and size of the distribution area. For example, a 30-second advertisement on a specialized channel like Animal Planet in the early morning may cost only a few dollars, while advertising during a soap opera will cost much more.

If your skin care products are designed for the younger population, you have an interesting media buy option. Independent Web comics are read by many twenty and thirty-somethings. Some of them receive tens to hundreds of thousands of views each day. Creating an appealing tower or banner ad and posting it on these sites can generate substantial traffic for your website at a reasonable price.

The media sector is constantly evolving due to the changing habits of target audiences. Think about where your desired demographic spends its time and make media buys in these places. If you are advertising skin care products to the right people in the right places, profits will climb. Companies that need help with media buys should contact the experts at Illumination Consulting.