You are here:
Marketing Tips 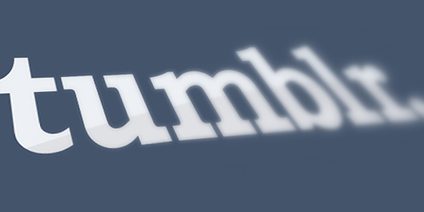 Tumblr has some key features and benefits that can be very useful to a business, especially when working together with other social media sites and Search Engine Optimization campaigns. Tumblr benefits SEO greatly and adds multiple other benefits to the user.  Tumblr for business is a great choice.

Tumblr is a blogging platform for people, businesses and brands. It also acts as a social media network whereby people can share all kinds of content: images, video, audio and short text entries.

Tumblr posts need only contain 250 words; this makes it ideal for those who like to keep things to the point.

Tumblr is a blogging and social networking platform that has more than 131 million blogs and is ranked in the top 15 websites in the United States. Tumblr lets people and organizations effortlessly share anything. Post text, photos, quotes, links, music, and videos. Furthermore, organizations and people can customize the HTML of their profile on Tumblr.

Tumblr is indexed by search engines and contains social media sharing tools. It has the power to attract lots of traffic to a business websites.

Tumblr allows organizations to microblog. This means that a business can share posts quickly and easily with your social networks.

When a business uses Tumblr, they can post images, videos, links and much more, directly to the platform – without having to add in any additional content.

Using Tumblr allows organizations to host content and collect, by reposting content on the business profile. This adds additional traffic and visibility to a business.

5. Tumblr is completely free to use for a business

Tumblr is a completely free platform that doesn’t require any financial investment by any business. Unlike many other platforms were organizations have to pay for added features. Tumblr is 100% free to the user.

6. Tumblr allows a business to track progress with Analytics

Google Analytics can be easily connected to a business Tumblr account and profile to track progress and statistics. This further enhances online marketing capabilities.

Tumblr features a unique tagging system. If a company wants to add a tag, simply start typing a word and Tumblr will suggest the relevant tags. Unlike other social networks, Tumblr tags are already used for content discovery.

With Tumblr links bring traffic to a companies website. These backlinks increase a companies page rank and help a website rank higher in search engine results. Dofollow blogs create normal links that count as a vote for a business website.

Tumblr is an excellent platform for promoting a brand. With Tumblr becoming more and more popular, it’s a perfect marketing tool for businesses that are trying to extend their reach. With more than 300 million unique users, a business can easily promote their brand. By posting quality content on Tumblr, a company can develop a strong online presence.

Regardless of the type of business, this newer social network and platform Tumblr comes with a set of benefits that should not be ignored by organizations and businesses. Tumblr is a great tool for any organizations that yields a vast amount of benefits.