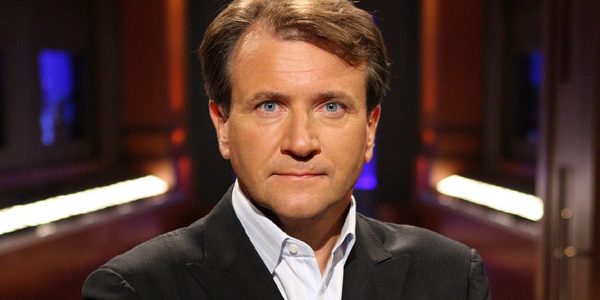 Robert Herjavec is a very successful entrepreneur and host on CBC’s hit show Shark Tank. He is the founder and CEO of the Herjavec Group, a speaker, host of Shark Tank, and celebrity personality with appearances on shows such as Dancing with the Stars.

Robert is mostly known for his wisdom and knowledge in the business world. As a host on Shark Tank, Robert Herjavec has invested into many people and companies. Often these companies need more than just a cash infusion. They need guidance, advice, and leadership.

1. Believe in yourself and the business.

This was first on Robert’s list. After all, if you do not believe in yourself, who will? Robert states that there are so many people that will say, “No, this is a bad idea, it won’t work”. Robert says, “You have to have a senseless belief in your idea and yourself – almost to the point of being delusional.”

2. Being committed to business is hard.

There is a reason not everyone is an entrepreneur. Being a business owner is not an easy task. It is simple, the reason so few companies and people make it: It’s not easy. Robert advice is to realize and think about what price are you willing to pay to make the business a success? What would you sacrifice? Would you sacrifice time, golf game, social life?

3. Test before you move forward.

One of Robert’s top business tips is to test before you move forward and jump in. He further states that one should not ask their mother, wife, or friends. Often these are opines that are biased. The business idea should be tested on people who really matter: the ones who would pay for it. Contacting potential clients to see if they would buy is critical.

4. Everyone lies in business.

Robert states that entrepreneurs should be ready to accept that everyone lies in business. Some peel lie because they mean to. Others will lie to tell you what you want to hear. Regardless of reason, entrepreneurs should test everything they are told. Test what people tell you.

5. Going out and hunting for dinner.

To be successful as an entrepreneur, you can never be satisfied Robert says. Make sure your company always has the attitude of going out and hunting for its dinner. No matter how full one gets, one should not stop looking for opportunities.

These are some great business tips for entrepreneurs by Robert Herjavec. To get assistance as an entrepreneur, new business owners and small businesses often get assistance through business consulting services, and working with consultants. Consultants can help with specific tasks and goals of the business and start-up.