Columbus Day And The Origin Of The Holiday

You are here:
Marketing 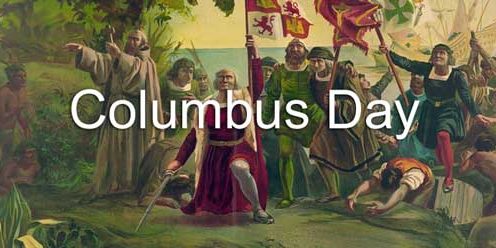 Columbus Day is a U.S. holiday that has its roots with the landing of Christopher Columbus in the new world on October 12, 1492. It was unofficially celebrated in a number of cities and states as early as the 18th century but did not become a federal holiday until the year 1937.

For many people in the United States, the holiday is a way of both honoring Columbus’ achievements and celebrating Italian-American heritage. Yet, throughout its history, Columbus Day and the man who inspired it have generated much controversy, and many alternatives to the holiday have appeared in recent years.

The first Columbus Day celebration took place in 1792, when New York’s Columbian Order–better known as Tammany Hall–held an event to commemorate the historic landing’s 300th anniversary. Taking pride in Columbus’ birthplace and faith, Italian and Catholic communities in various parts of the country began organizing annual religious ceremonies and parades in his honor.

In 1892, President Benjamin Harrison issued a proclamation encouraging Americans to mark the 400th anniversary of Columbus’ voyage with patriotic festivities. In 1937, President Franklin D. Roosevelt proclaimed Columbus Day a national holiday. Originally observed every October 12, it was fixed to the second Monday in October in 1971.

Closed in the US:

– All federal offices. This includes the Postal Service, which will not provide mail delivery or window service.

– Most banks and credit unions

Open in the US:

– All city, county and state offices

On and around Columbus Day, many retailers offer special shopping discounts, deals, and promotions. Since it is a federal holiday, retailers know customers have the time to shop. To reach these potential shoppers, retailers and marketers use various methods and techniques.

This is the current state of the holiday here in the US. What will happen to this federal holiday and how it will culturally and entrepreneurially evolve is still to be seen.

Why Marketing Manufacturing Companies Is Beneficial?
May 31, 2022